I have a boy who doesn’t believe that God is very big. He likes to listen to Bible stories but doesn’t find it possible that God could jump off the pages and into his life. He’s not an unhappy boy, nor particularly troubled in comparison to our other kids. He’s had some really hard blows in life but most of these have been softened by his grandparents who raised him with love and consistency. He knows that God is real but He doubts that God is as powerful as the stories say.

“Wow!” I said picking up his picture of a bear chasing a girl, “It sure is!”

As I walked away to finish getting dinner ready, I heard Damon mutter, “Too bad God’s not here. If He saw this He would probably faint!”

I stopped and quickly turned around. “Damon…God is here.”

“What?” he screwed up his face in confusion.

“God is everywhere. He is right here with us.”

“So…is He on the roof or something?”

I couldn’t help but to laugh, “We can’t see Him but God is everywhere, so I suppose that means He’s on the roof too. Do you remember the story today where God healed the boy who was sick? God is just as much here now as He was back them.”

“Nah,” said Damon, “God isn’t here like that. He doesn’t do things like that anymore.” There wasn’t anger or frustration in Damon’s voice. Just certainty. “He doesn’t do those cool things.”

I sat quietly – listening – letting the boy work out his thoughts.

“One time,” Damon went on, “I was playing by myself in the shed and I got stuck between the wall and a bunch of heavy boxes. It was bad.” Damon looked at me quietly before he continued, “God didn’t come to get me out.”

I nodded my head thoughtfully and sat silently under the weight of Damon’s story.

“How did you get out?” asked Steven, a young college volunteer who was standing nearby.

“My grandpa found me and pulled me out,” said Damon.

Steven nodded his head, “Who sent your grandpa?”

“God…” I whispered quietly under my breath.

Damon looked up at Steven, not with denial but with curiosity. Before he had a chance to respond, a ball sailed across the room and hit him on the head. Damon jumped up, grabbed the ball, and with a laugh, hurled it back at his friend. Our talk was over but Steven had said more than enough. Damon’s doubt just met the possibility of faith.

We’ve all been stuck in sheds of some sort, lost in uncertainty or caught up in our own painful sadness. And we call out – begging for God to come in with a blaze of glory – knock down the walls of the shed, miracle our hearts toward unbreakable faith or transform our ache into unending joy.

But He doesn’t always come on the white horse we imagine. Sometimes He sends grandpa. And even though we’re free, when we stare at the shed and see the walls still standing we feel let down, our doubts linger and the pain that used to throb starts to ache again…just a bit. We feel a little lost until truth knocks on the door of our hearts and reminds us, “You’re free! Don’t forget it…you’re free.”

Lately Damon’s doubts have grown smaller as he’s made room in his heart for God to be bigger. I’m trying to do the same. Sometimes we pray for bigger faith but all we really need is to anchor our hearts into what already is – God.

Let His plan surprise you. Look for Him. He’s here. You thought you were playing in the shed all by yourself…but you’re weren’t. God was there all along.

“Am I only a God nearby…and not a God far away?
Who can hide in secret places so that I cannot see them?”
declares the Lord. “Do not I fill heaven and earth?”
Jeremiah 23:23-24 NIV 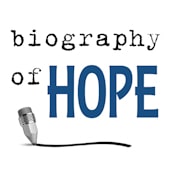